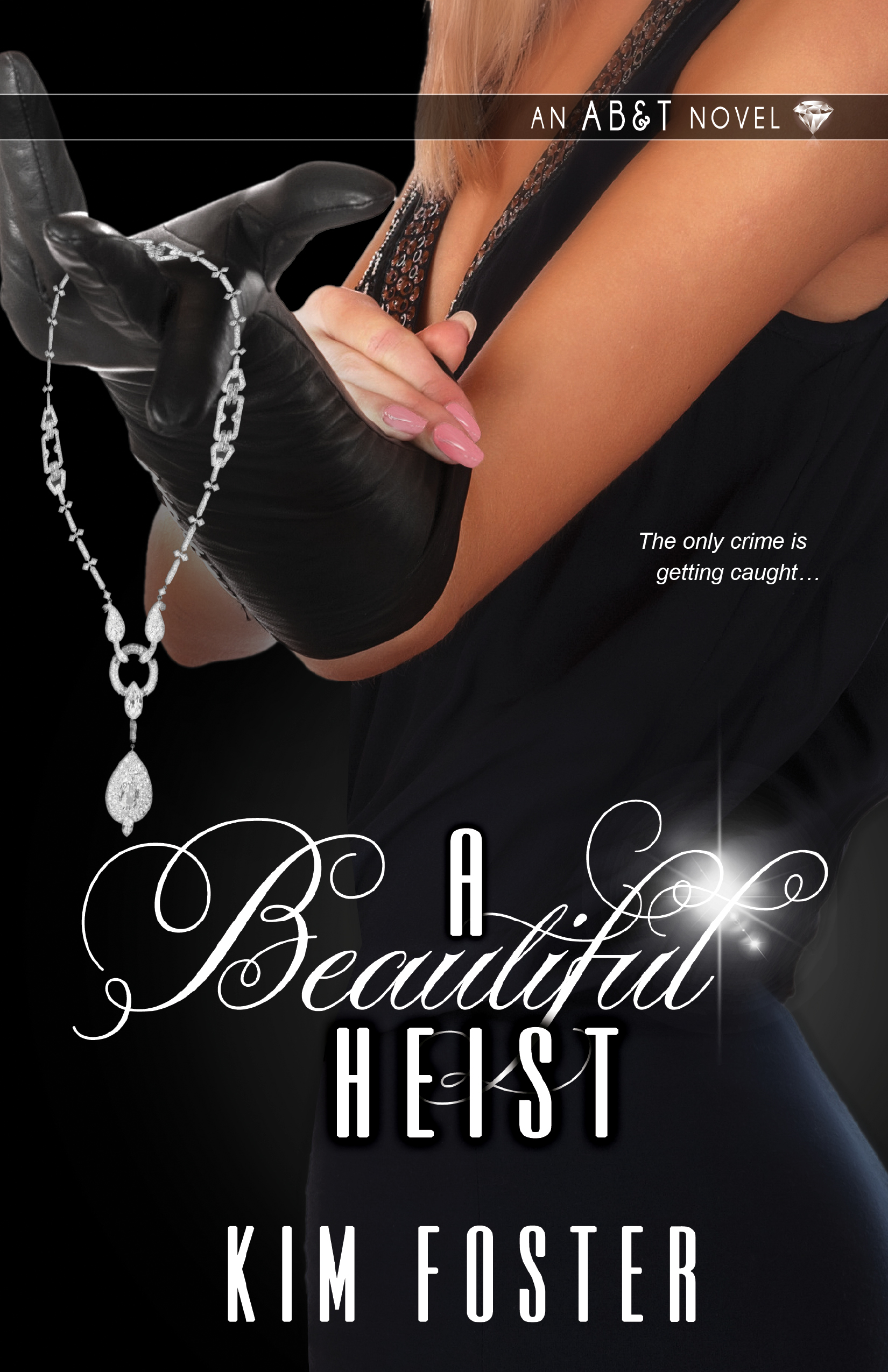 Everyone has a talent. Some are just more legal than others. Cat Montgomery steals jewels for AB&T, the premier agency for thieves in Seattle. Career perks: good pay, great disguises, constant adrenaline rush. Drawbacks: the possibility of jail time…or worse. Now she’s taken on a lucrative side job—recovering a priceless Faberge egg for an alleged Romanov descendant.

Though Cat is working solo, there are plenty of interested players. Her FBI ex-boyfriend is nosing around, as is her former mentor-turned-nemesis. Then there’s the charming art thief helping—or is he hindering?—her mission. If her luck holds out, this could be the case that allows Cat to retire with her conscience and her life intact. If not, it’ll be her last job for all the wrong reasons…

If you are a reader who enjoys thrills coupled with well-developed characters, pick up A Beautiful Heist. Not only will it have you on the edge of your seat at times, it will also give you a character who promises to only get more interesting in future installments. ~Mom In Love With Fiction Blog

Kim Foster’s debut novel is an enjoyable, convoluted and action-packed caper. It’s a nonstop ride from the first chapter until the very end. Full of schemes and betrayals, human sacrifice and treasure hunts, this new but capable author captures her audience in a tightly-plotted and intricately set up first-in-series. ~Jessie, Ageless Pages Reviews

Cat herself proves to be more nuanced than I expected…A Beautiful Heist is a fun read–light, fast-paced, yet with enough character development to deepen the reader’s enjoyment. It’s got a good balance of action and suspense with real-life choices and implications. It’s a great summer read.  ~5 Minutes for Mom Blog

A Beautiful Heist is a satisfying caper novel, with lots of twists and turns in the plot and plenty of glamour in the settings and the characters. There’s enough romance and suspense for readers of romantic suspense, but the complexity of the story and the characters lifts it from the genre. It’s a gripping novel and would make a great movie. ~More Than A Review Blog

It’s a terrific yarn, really, as this woman dodges the FBI, the IRS, a Russian casino-owning family, a former thief turned author, and also tries to get a promotion within the company of thieves. ~Book Babe Blog

Who doesn’t love a good caper? I know I do, and A Beautiful Heist by Kim Foster is just about as good as it gets. ~All Grown Up Blog

I had so much fun reading A Beautiful Heist! A modern heist story that, refreshingly, has a woman as its main character. An ethical thief? And an agency of thieves? Great ideas that make this story stand out from the others. I’m looking forward to the next one in the series! ~Melissa (on Goodreads)

Cat is all about trouble. If trouble doesn’t find her, she’s sure to find it. That’s easy to do when you’re a slick, talented and beautiful jewel thief. For me, it was love at first sight, when she stole my heart and left me laughing out loud from caper to caper. This one is destined for the big screen. The book’s a gem and so is writer Kim Foster.  ~Jim (on Goodreads)

A Beautiful Heist is a fun and fast read. Our heroine (or villain) Cat is relatable and we root for her from page one. Suspense, thrills, and romance mixed in with fumbles and personal challenges make this an enjoyable group of characters to get to know. One of my favourite movies is To Catch A Thief and the shout out to Cary Grant’s character was a nice surprise. ~Katja (on Goodreads)

I really enjoyed this book. It grabbed me at the start and I couldn’t wait to finish it. Now I want more! I liked how smart Cat was but not perfect. She has typical (realistic) parents and conflicts with them as well with her other relationships. Everybody has their weaknesses and faults and Kim Foster dished on that beautifully. We all have fantasized about doing something exceptionally well but not everyone that does do something well takes it head on. I liked Cat’s energy, courage and drive to do what she wants for herself despite her relationships being affected. ~Paula (Amazon review)

Had heard that this story was like reading Janet Evonevich. I found it to be great and could not put down, laughed out loud and felt for her in the troubles of life.
Can’t wait for the next one. ~ Denny (Amazon review)

This is a really good book and was very entertaining with suspense, thrills and romance . The story flowed well and kept me glued to the book. I found it a very enjoyable read. The main character, Cat, was a very likable thief and one you could sympathize with. Her two romantic interests were well portrayed. Would make a good movie or tv series. I really hope the author continues with more in this series. I will definitely be on the lookout for more books by Kim Foster. ~Lynne (Amazon review)