The highlight of my July, hands down, was going to New York City for Thrillerfest. Before jetting off for NYC, I was pretty excited.

Did it disappoint? It did not. 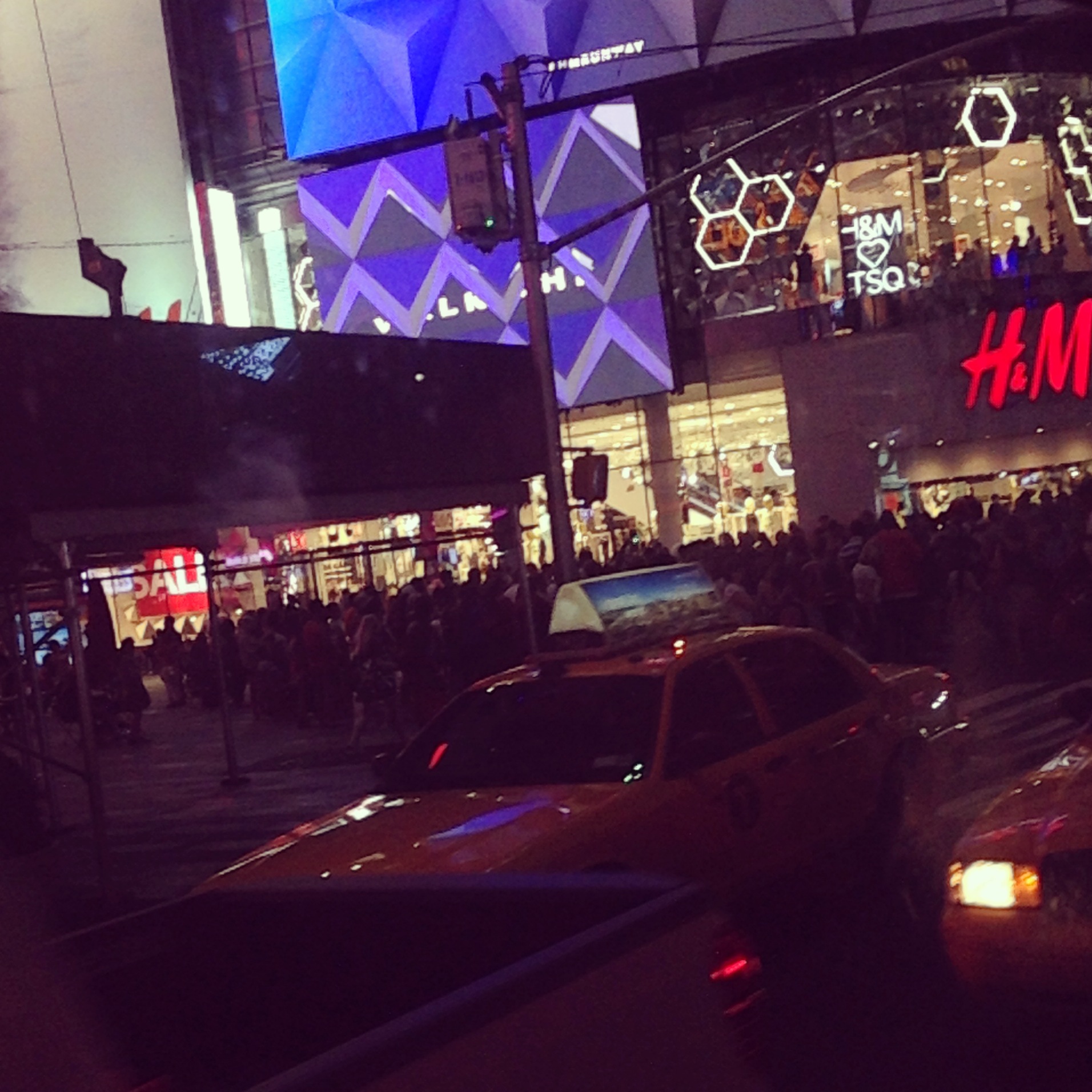 The conference was held at the Grand Hyatt in New York, right next to Grand Central. Although I flew in, I popped into Grand Central when I first arrived, just to stand in awe.

And then the conference began. The workshop selection was borderline overwhelming–there were so many sessions I wanted to attend! And the speakers? Absolutely the best. Lisa Gardner, Ian Rankin, David Morrell, Lee Child, Steve Berry, Scott Turow….and on and on!

Plus, there were some fascinating workshops given by people in industries of interest to thriller writers. We’re talking major insiders. Like the presentation given by the Deputy Assistant Director of the US Secret Service. Cool, right? (Also, who knew the Secret Service had such a wicked sense of humor?)

And I attended another panel of FBI guys, the men in charge of computer crimes, organized crime…even the guy in charge of securities crimes whose first case was none other than Martha Stewart. AND, a special thrill for me, the guy whose job it is to investigate jewel theft in the NY office!

You want crazy stories? These guys have them.

The panel with Lee Child and Joseph Finder was fantastic. So amazing to get an insight into the mind of the man who created the iconic character Jack Reacher! 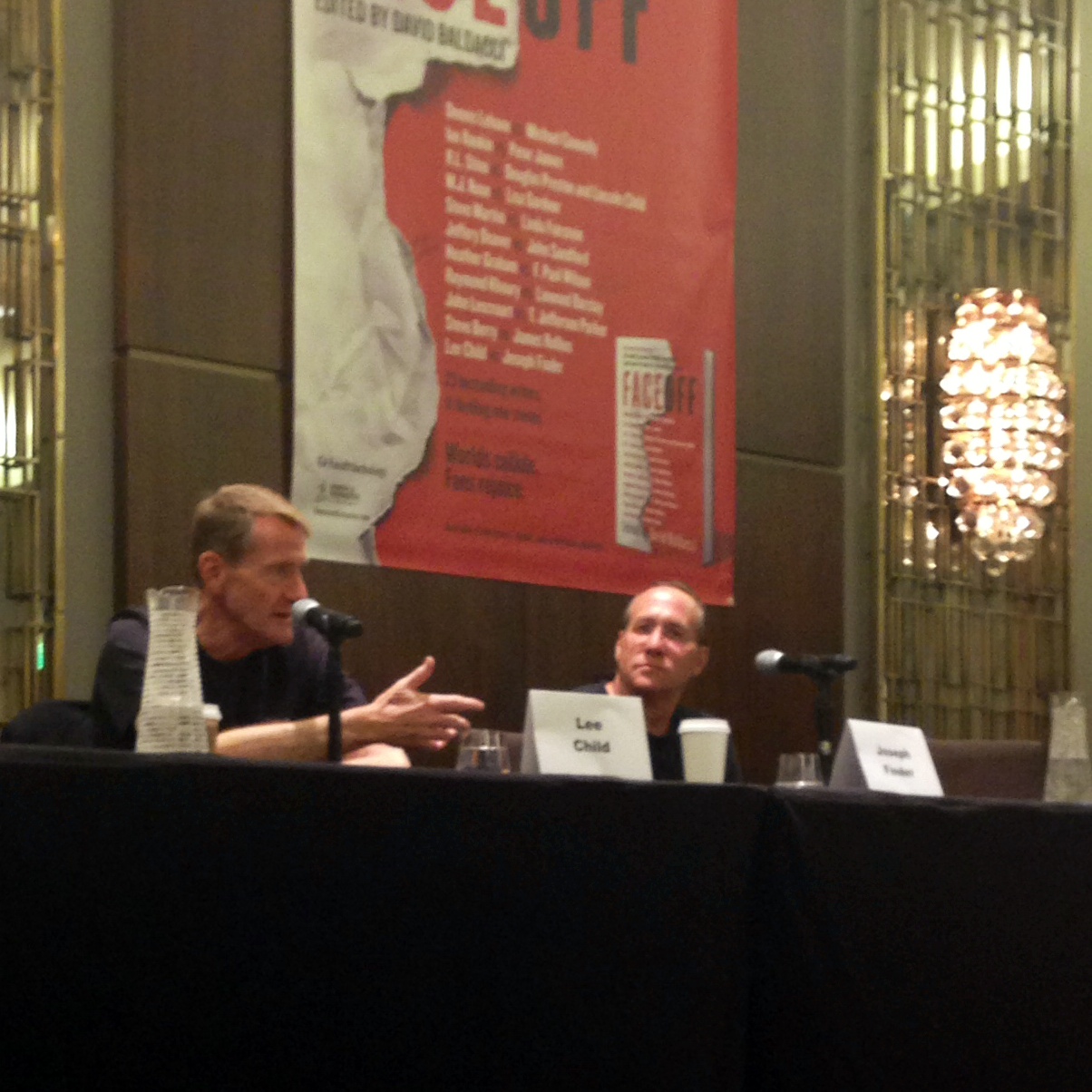 But here’s the tidbit that shocked me the most from that workshop:

One draft? The man claims to not go back and edit at all, just writes it straight through.

Steve Berry was a speaker on several panels and workshops, and he had some terrific things to teach. 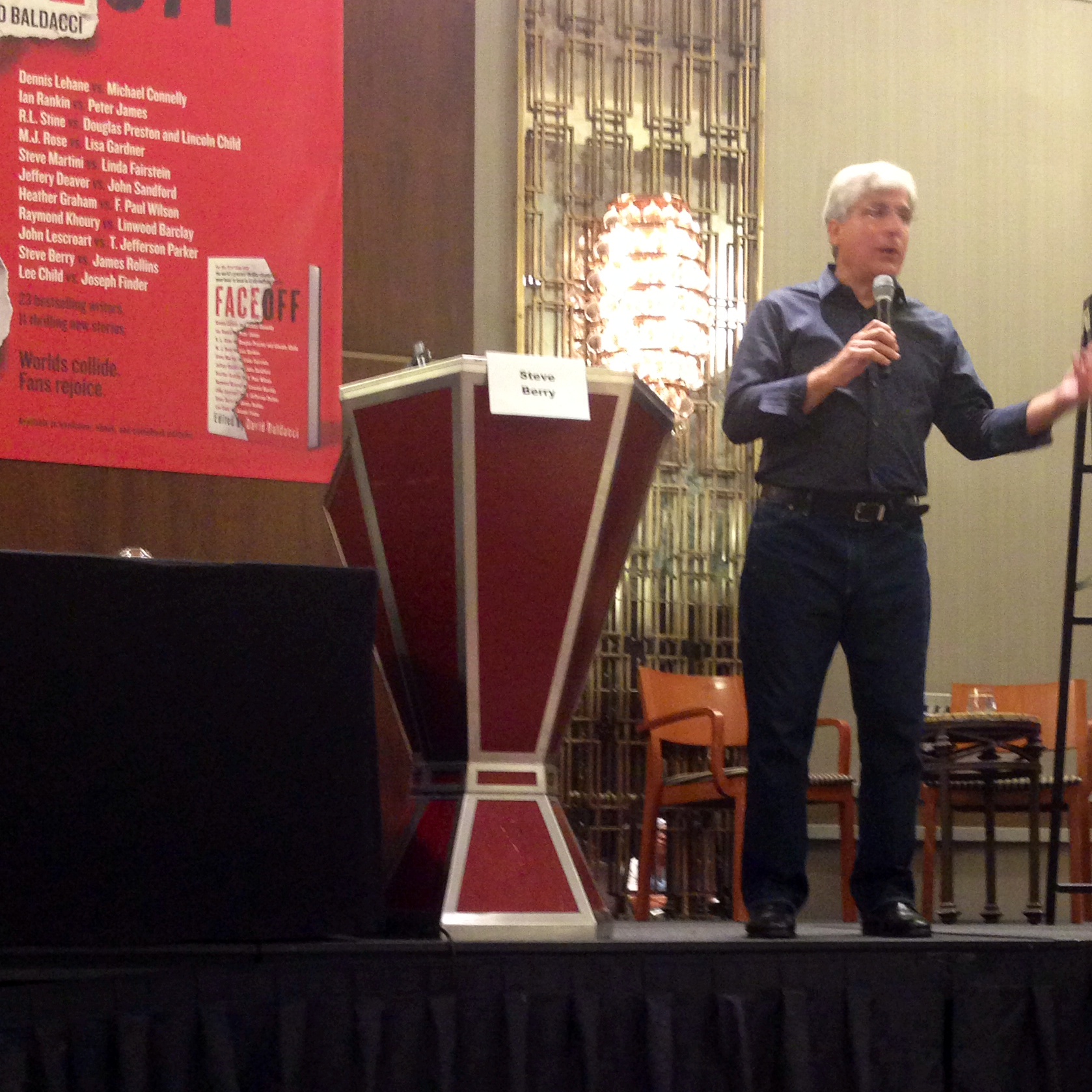 And here’s Douglas Preston interviewing Scott Turow, the ThrillerMaster for the conference. It was absolutely fascinating listening to him talk about his writing career, including PRESUMED INNOCENT, his debut–his debut, people!

Not all the speakers were authors. We had some publishing insiders, too. And we’re talking BIG WIGS in the New York publishing scene. Case in point, Mark Tavani, Senior Editor at Random House.

And while we’re talking big wigs, did I mention one of our lunch keynotes was given by Jonathan Karp, Executive VP and Publisher at Simon & Schuster? He was so young looking! But he was also very clever, and an obvious booklover–not just because of his job, but in the way he spoke about books.

So right alongside all these crazy glam, paparazzi-attended workshops guess who else was speaking? That’s right. ME!

It was tons of fun, and my co-panelists were lovely. Mostly doctors (like DP Lyle and Patricia Gussin), plus a forensic dentist. I have to admit, I did not even realize there WAS such a specialty. So there you go.

But the conference wasn’t all business. There were endless cocktail parties and receptions, opportunities for mingling/networking/socializing… 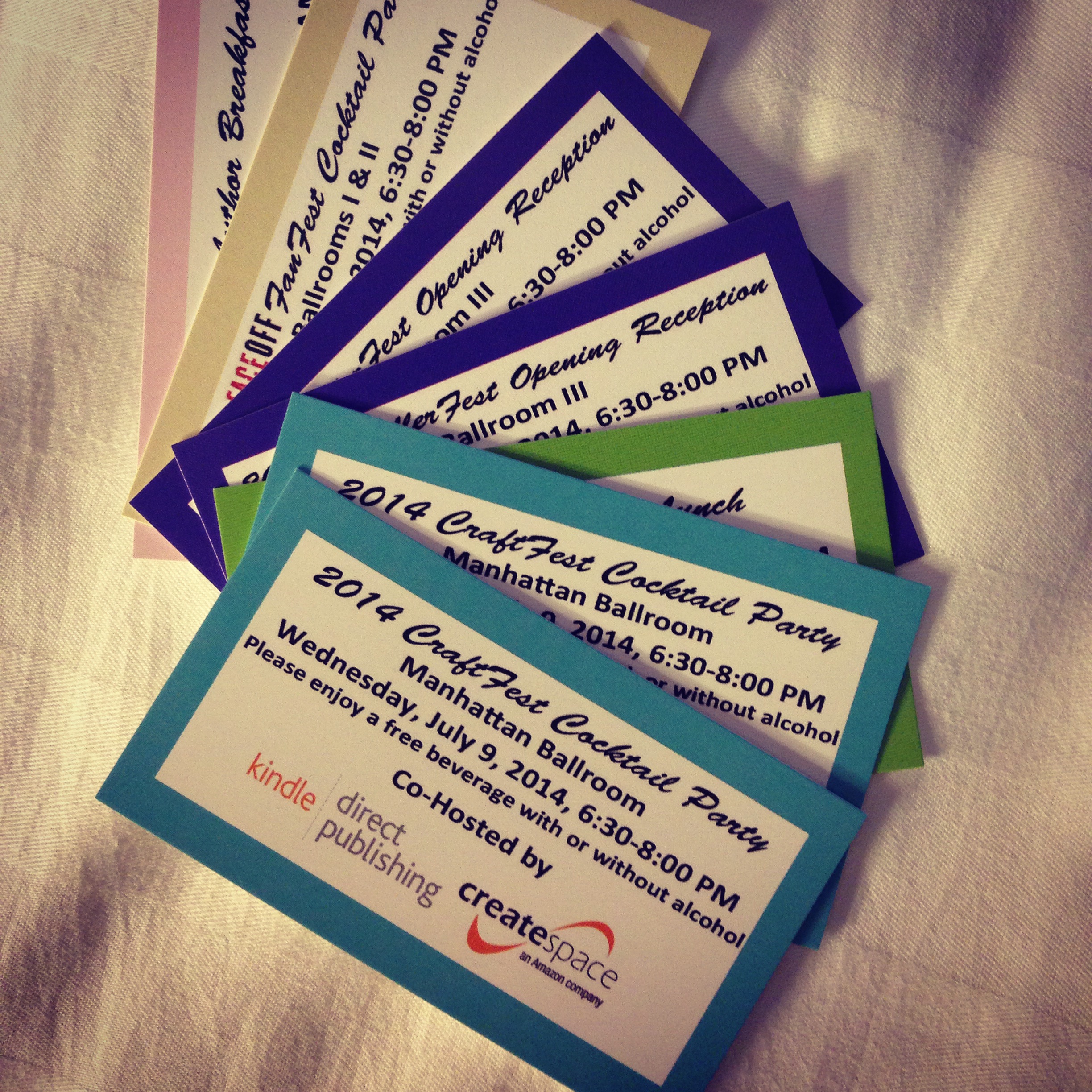 I went out for dinner with a bunch of new writer friends at this fab place right across the street called Pershing Square–tucked under a bridge. So cool! And so New York.

One of the people at our table was a great guy named John Dixon. His debut, earlier this year, was the inspiration for the TV series Intelligence, starring Josh Holloway. Josh Holloway!

We ended up chatting about BC because John had come to Vancouver for the filming. (Yep, pretty much any city you see on TV these days is Vancouver.)

Throughout the week, I met a ton of new people–really, it’s one of the best things about writing conferences like this. I hung out with Joanna Penn–a writer and blogger I’ve f0llowed for a long time (if you’re a writer you probably know The Creative Penn. And if you don’t–follow her now!) She is JUST as lovely in real life as you’d imagine.

Also? While in New York, I finally got to meet my editor, Peter Senftleben, in person.

I got to tour around the Kensington offices, meet the publicity people and other bookish types (heaven!)…and admire the cubicles and offices that are positively stuffed with books—just like you would imagine for a publishing house.

Peter took me out to lunch to a very cool place in midtown. Two and a half hours later we had solved all the world’s problems. Including a decision to revive the 3 martini lunch.

Here’s a pic of me and Peter (I can’t really explain what my hair is doing in this photo, other than to say the humidity in New York is…crazy.) 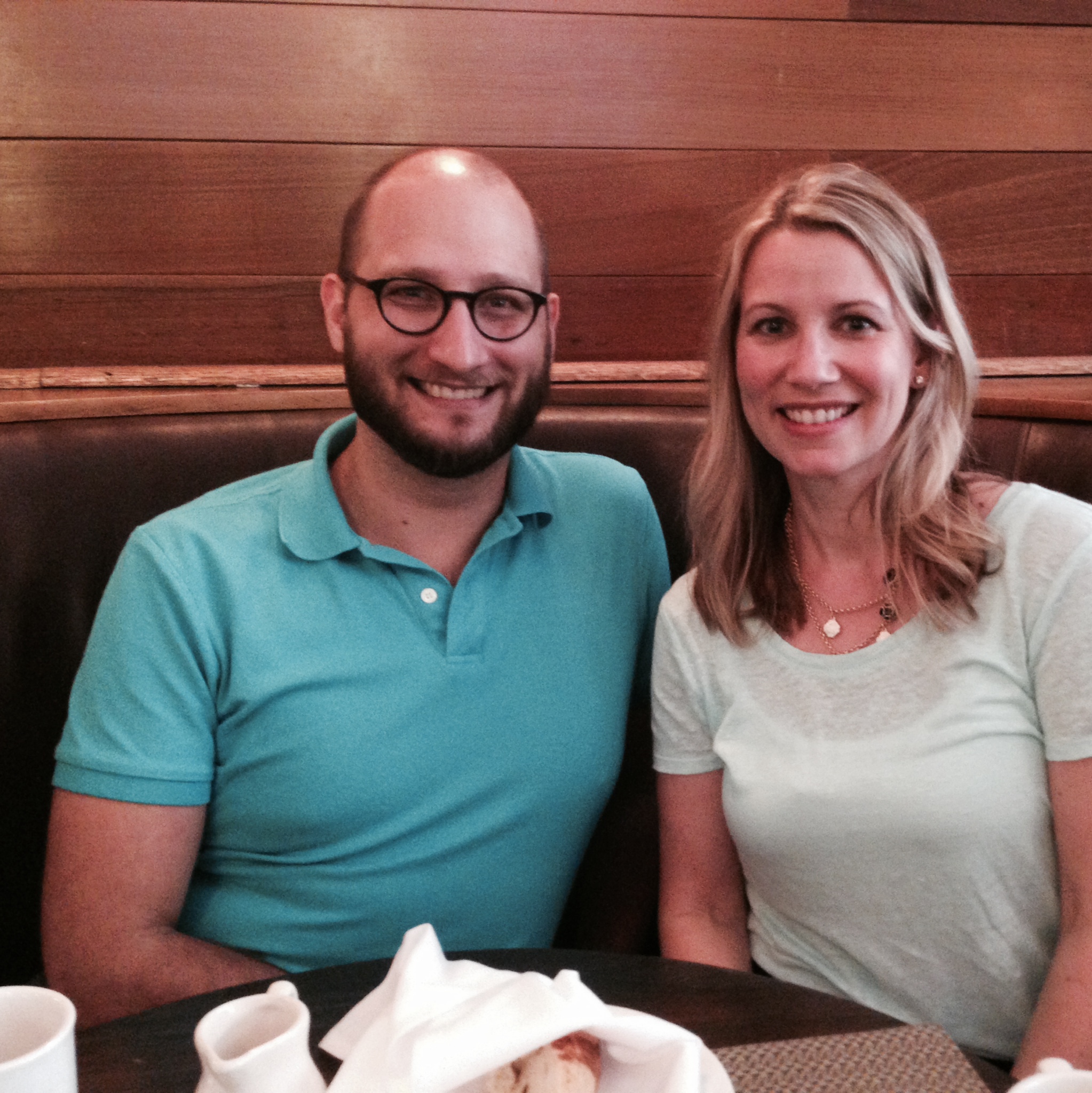 Me & my editor, Peter Senftleben

The next evening, Sandy Lu (my agent) took me out for dinner. This was AFTER she’d heard at least 50 rapid-fire pitches from aspiring authors during the Pitchfest portion of the conference. (Frankly, I’m surprised she was even coherent at this point).

She took me to this fabulous place called Eataly. A HUGE emporium of all things foodie and Italian, in the Flatiron district. Wine, olive oil, pasta, seafood, gelato, cappucino, pizza…plus a swanky rooftop bar.

I could live there.

Sadly, I completely forgot to take a picture of me and Sandy…probably because we were so busy plotting and planning and talking books & publishing! But here are some of the pics I took of Eataly itself: 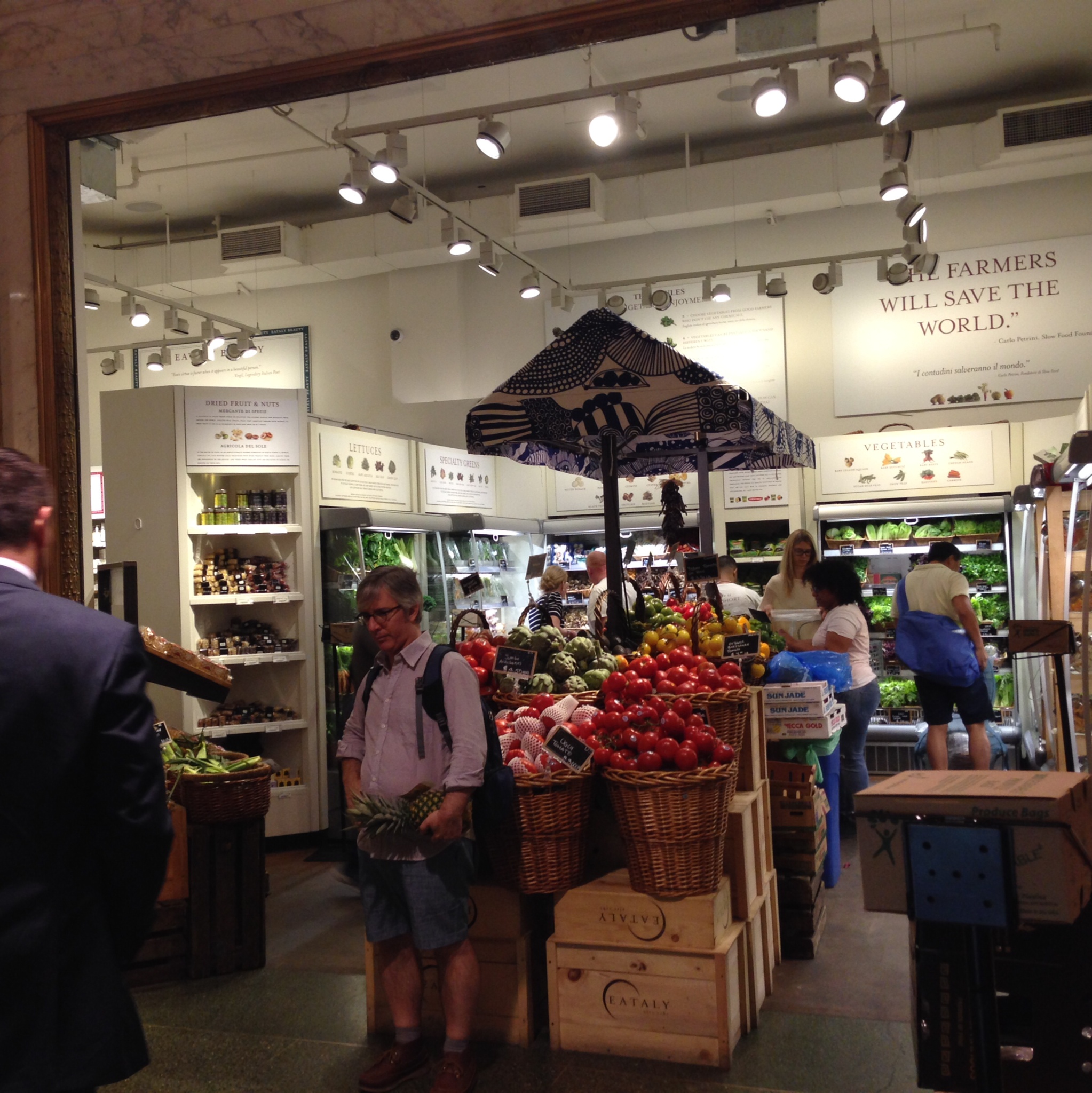 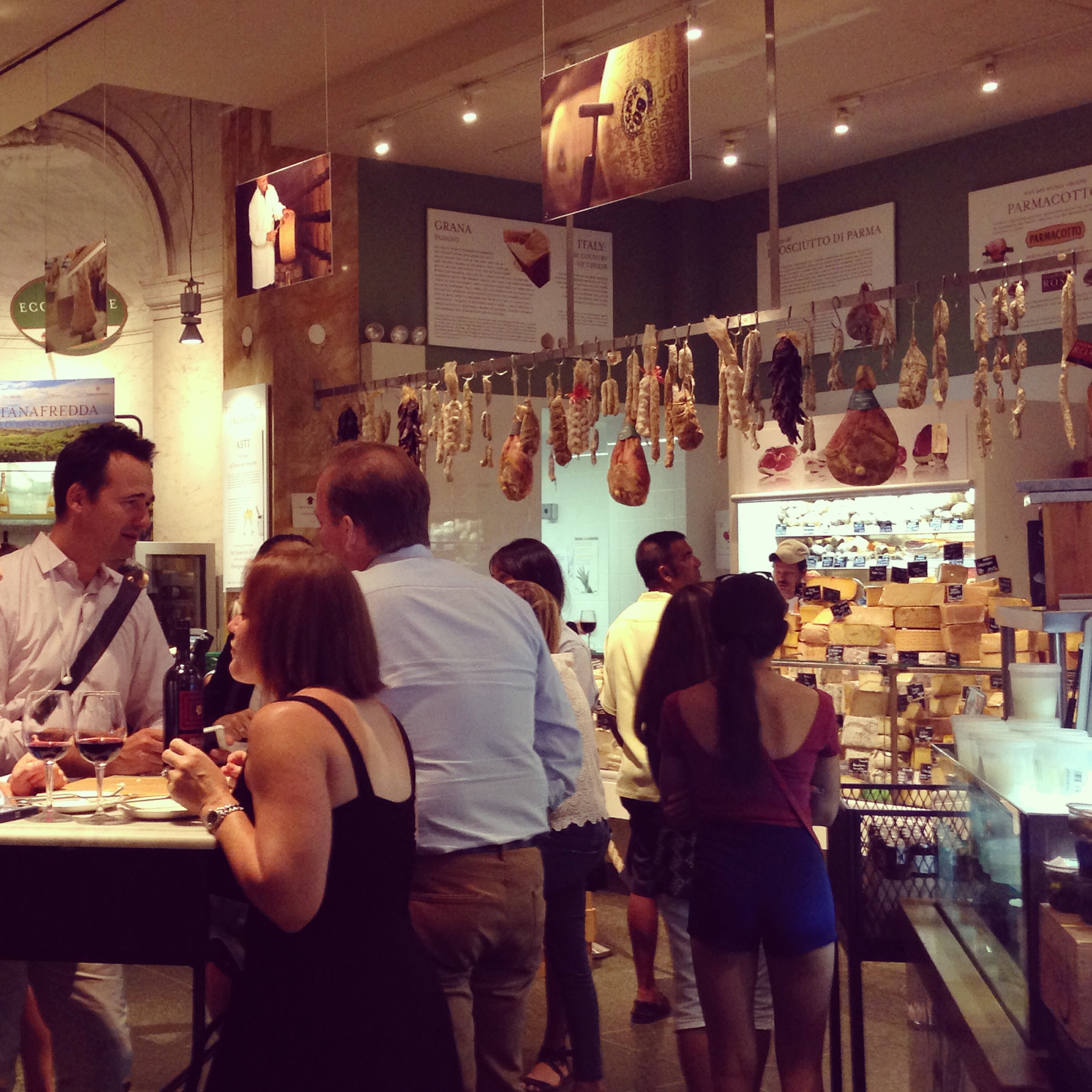 The Piazza: antipasto and wine! Yum. 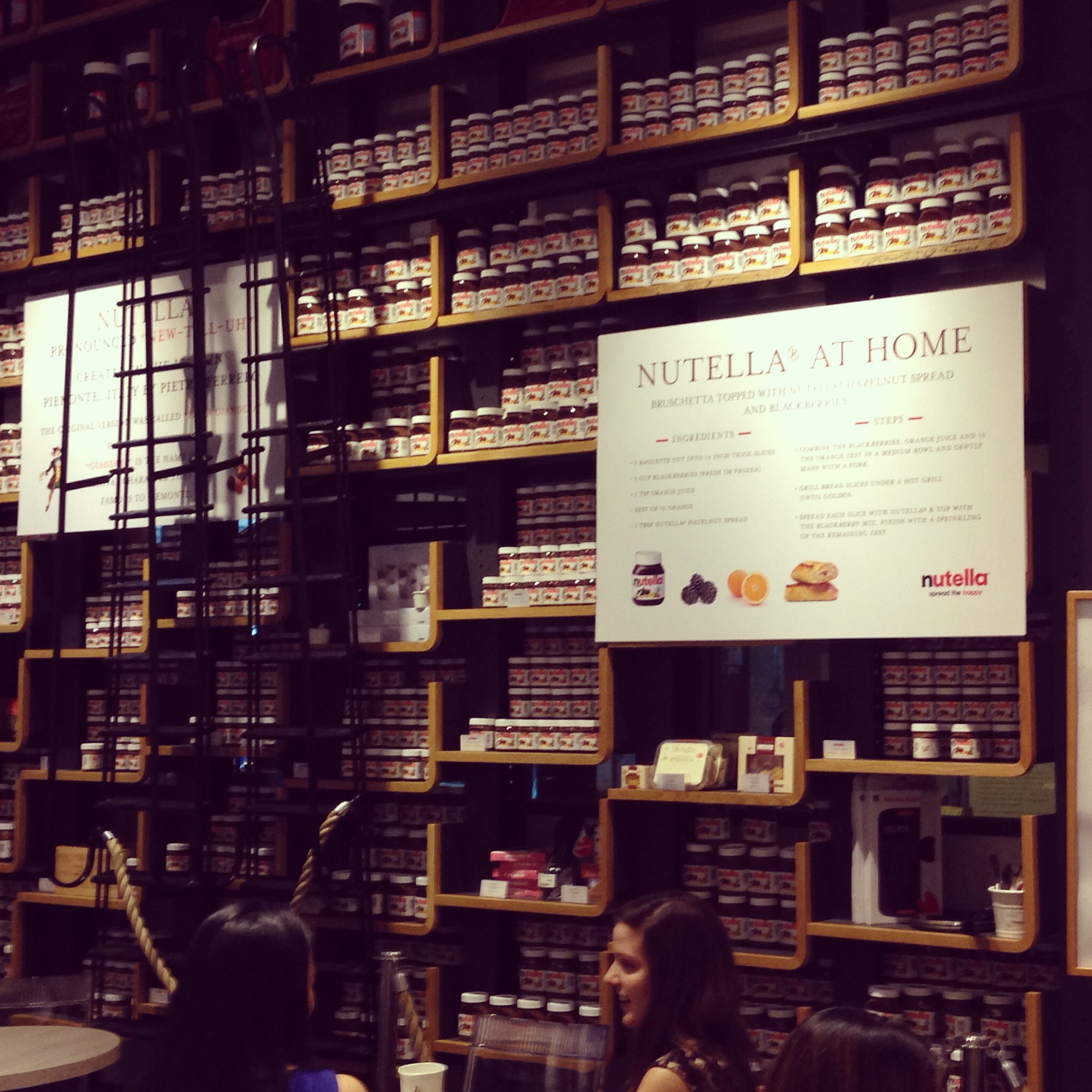 An entire room devoted to Nutella

There wasn’t a lot of downtime during the conference, but I did manage to sneak out to explore the city, a little. I have a good friend who lives in Manhattan, so while Pitchfest was happening, I was able to meet up with her and stroll around the streets. 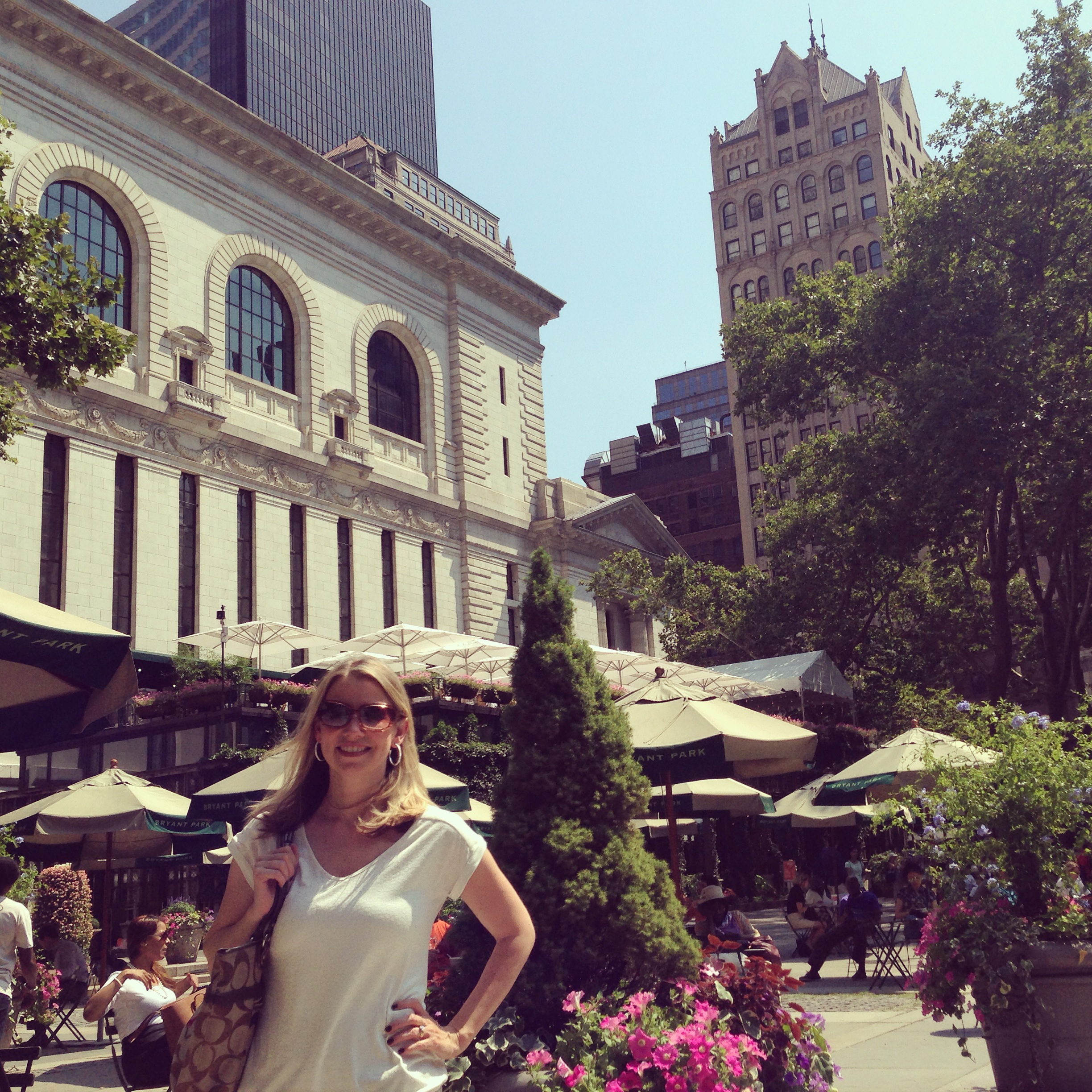 Me at Bryant Park.

The New York City Public Library! Can you say: pilgrimage? 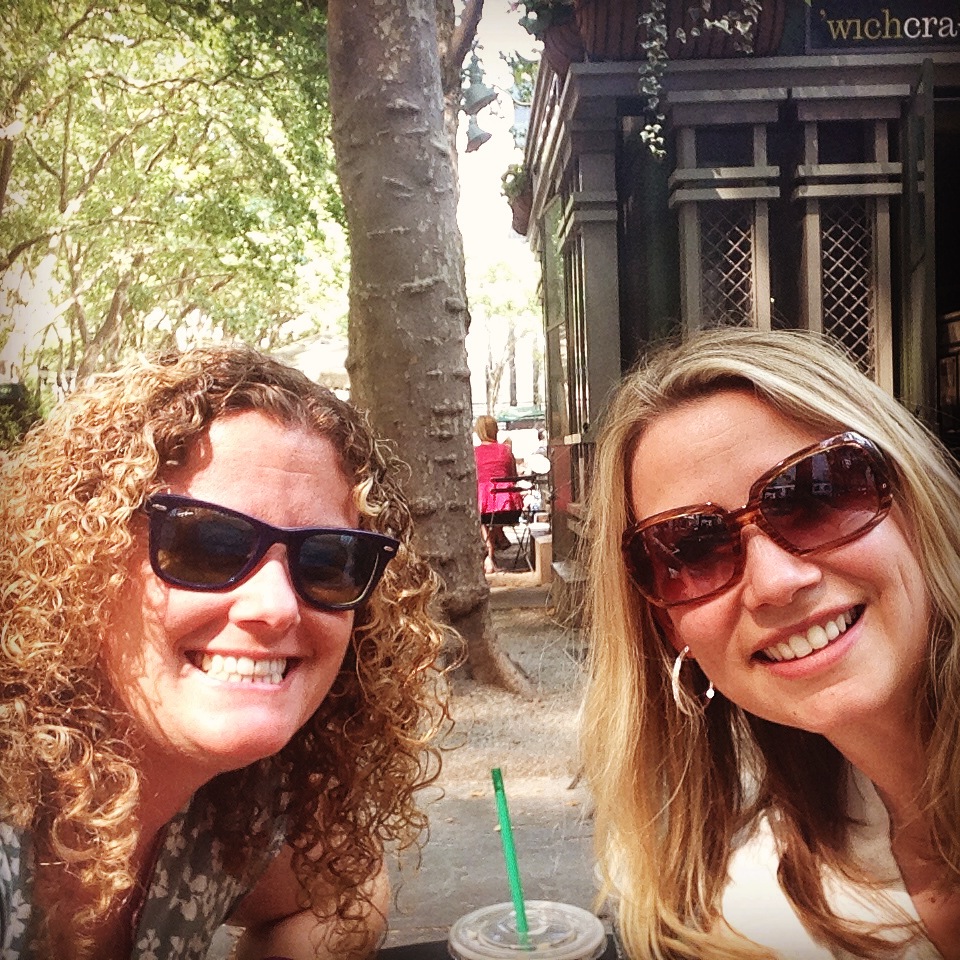 Me & Sandra, cooling off with iced coffee in the park

The conference was amazing, and I absolutely plan on going again next year. The coolest part about Thrillerfest is how everyone is so friendly, so open…you can literally talk to anyone you like, no matter how much of a big shot. 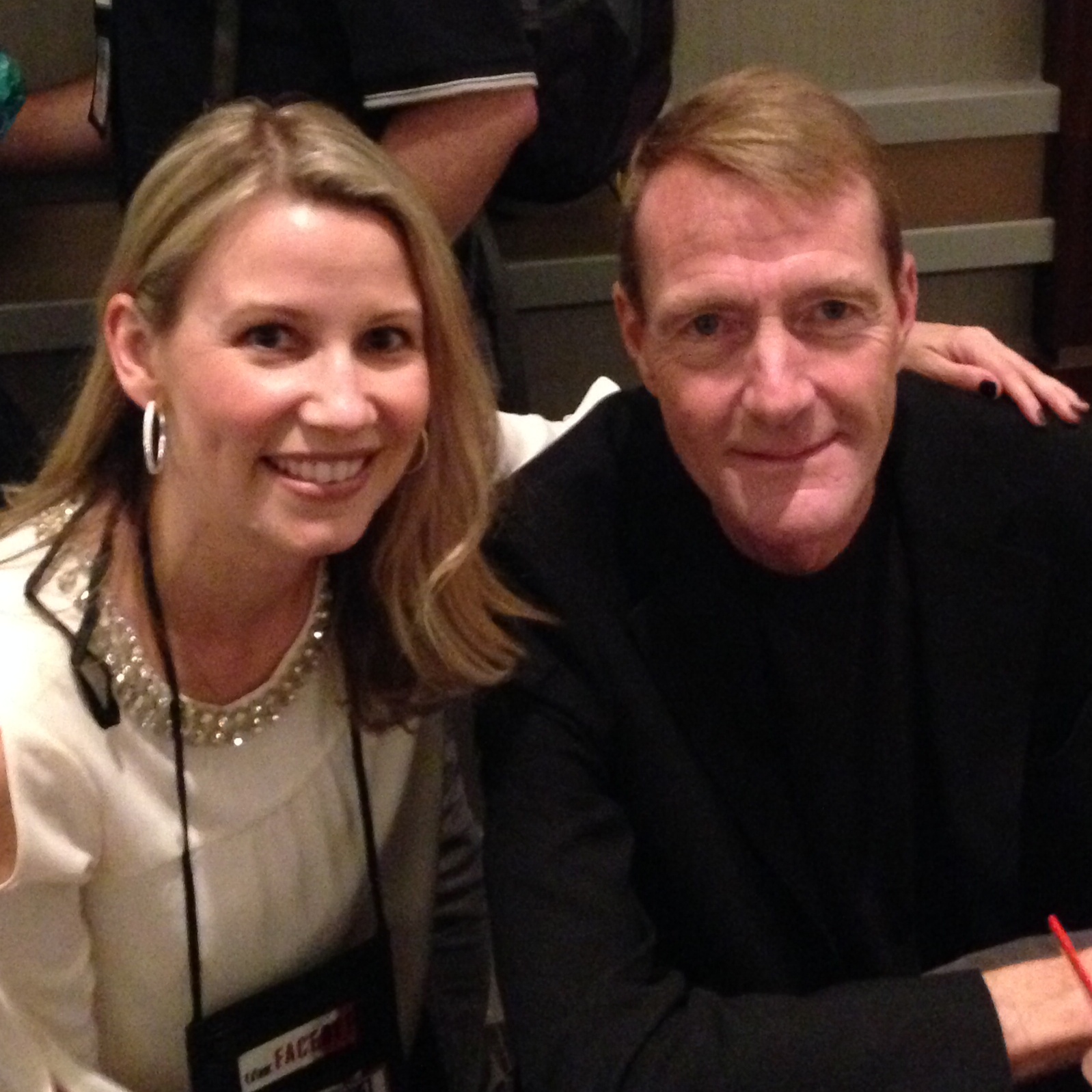 No big deal. Just me, hanging out with ROCK STARS.